Researchers at ULB are using arivis Vision4D to study the very early stages of a mouse embryo development.

This is a research area that can generate large image files as we try to capture bigger fields of view and higher spatial and temporal resolution. Isabelle Migeotte’s group used two-photon microscopy and live imaging to follow and understand the gastrulation process in the mouse embryo. In particular, they focus on the differentiation and cell migration process of cells in the mesoderm layer.

arivis Vision4D software allowed the researchers to track cell movement and cell morphology over the time series. The paper published by Saykali et al. reports different phenotypes for embryonic and extra-embryonic mesoderm populations depending on the cell fate and 3D environment.

Embryo drifting movement was first corrected by manually segmenting the contour of the embryo, tracking the whole embryo, and using Vision4D drift correction tools. Due to the complexity of the data, cells of interest were manually segmented and tracked in Vision4D. The researchers quantified cell parameters such as net displacement, track length, speed, angle between two cells, and length of cell filopodia using a combination of Vision4D and Python scripting (Vision4D allows the user to run and edit Python scripts). 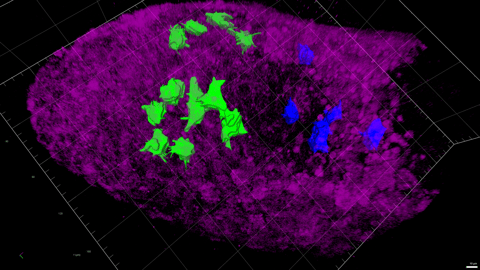 In terms of migration patterns, embryonic cells tend to have a more directional trajectory (green) versus a zigzag movement shown by extra-embryonic cells (blue).

Researchers report that embryonic mesoderm cells moved at a mean speed of 0.65 um/min and travel approximately a distance of 90 um, with a track straightness value of 0.48 (a value of 1 representing a linear path).

Extra-embryonic cells migrated slightly slower at an average speed of 0.45 um/min, travelled shorter distances of around 70 um with a track straightness of 0.3. 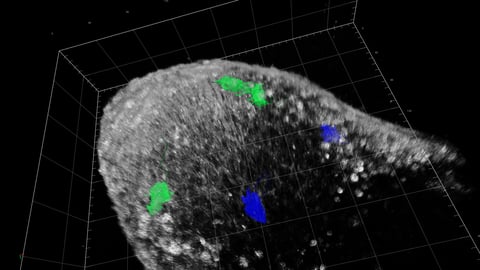 How to succeed with time-lapse analysis in 2D and 3D

3D tracking of cells can be challenging due to:

This tutorial gives you an introduction on how to use Vision4D to track moving objects in a microscopic time series image.

Click below to see a detailed workflow on how to do time-lapse analysis.

If your sample is drifting, it is best to correct first for the drift.

If you have a poor signal-to-noise ratio, use some preprocessing tools for better cell detection.

Segment operators that tend to work very well are Blob Finder and Watershed.

Use a Segment Filter to exclude any false positive cells or select only certain cells of interest.

Use the Tracking operator to track cells. Linear Regression and Brownian algorithms (depending on whether the movement is directional or not respectively) tend to provide good results. 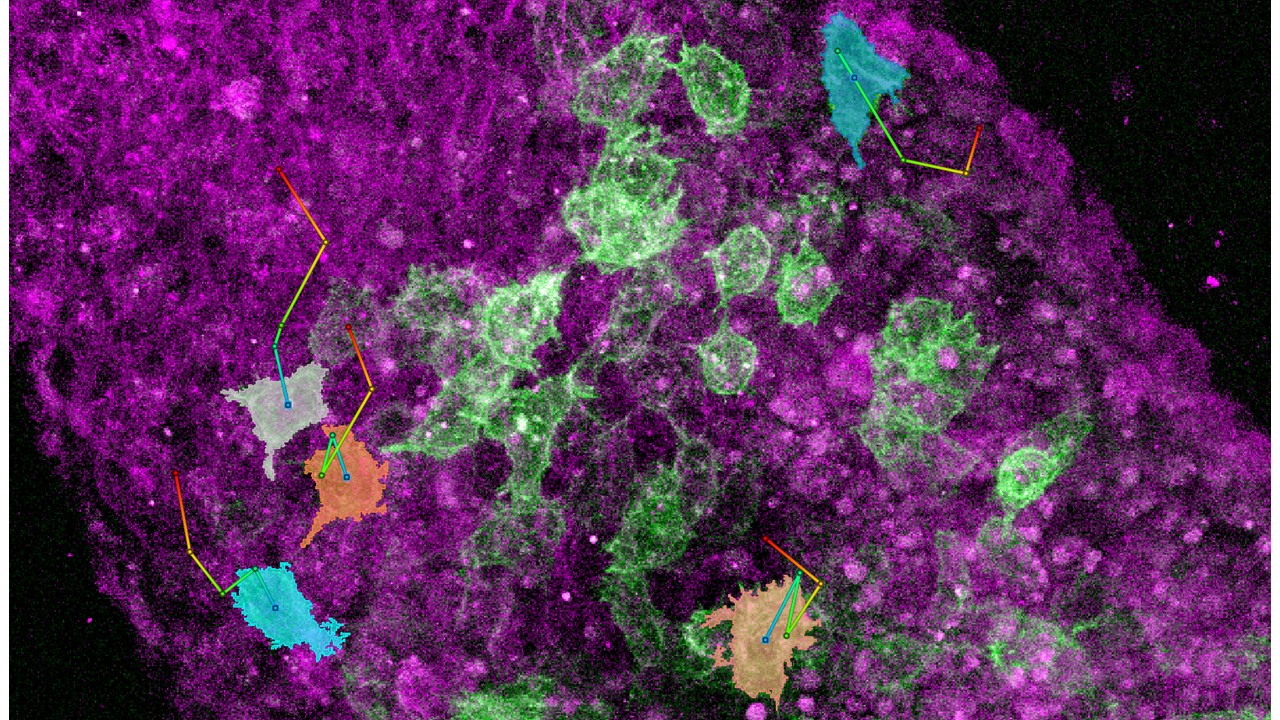 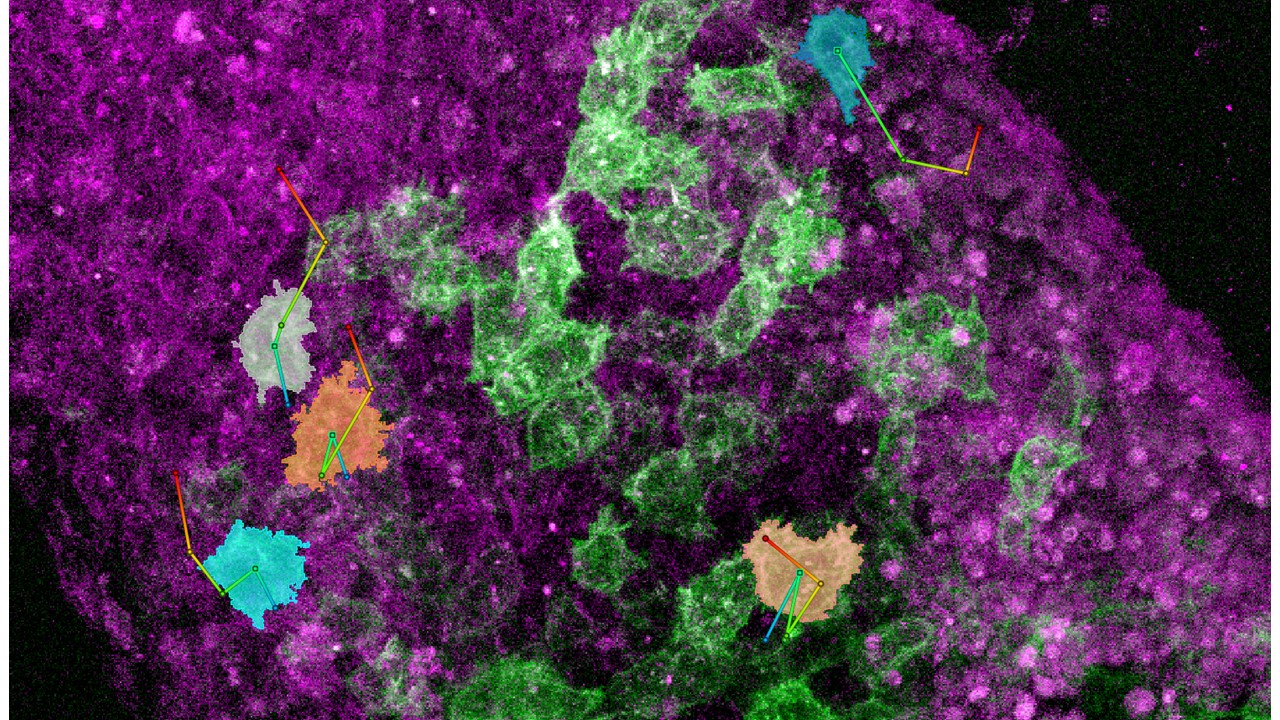 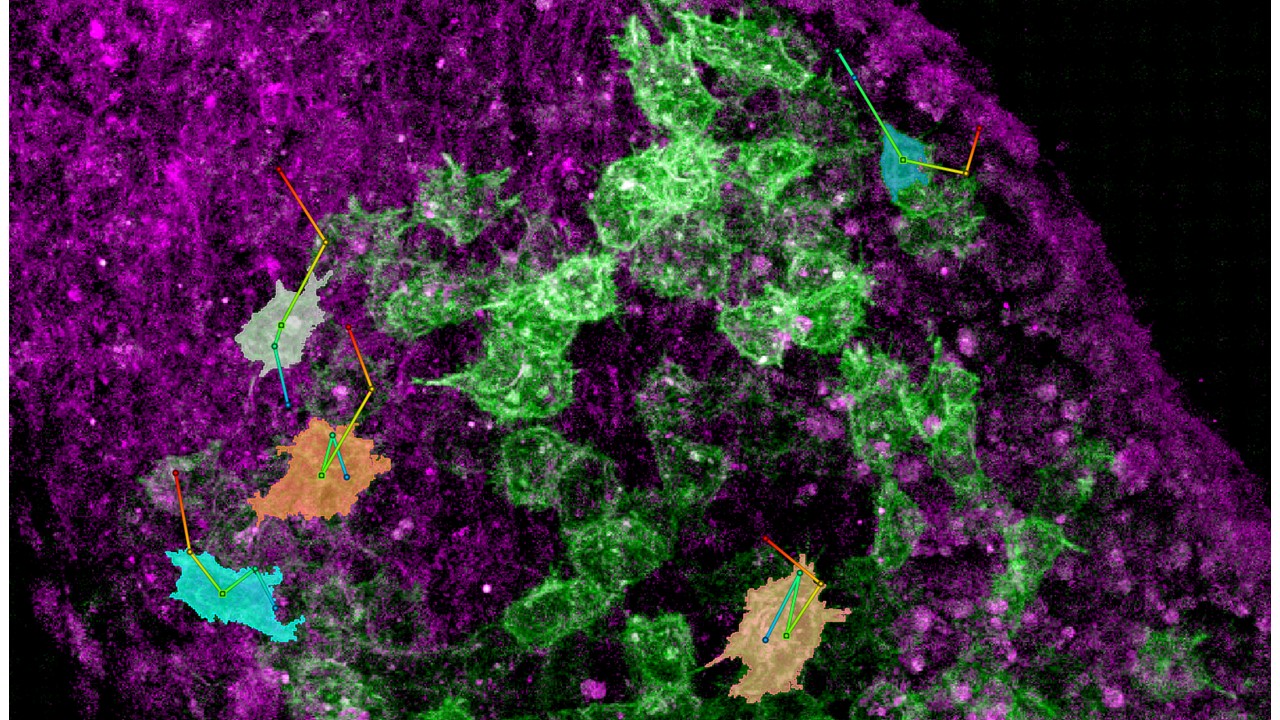 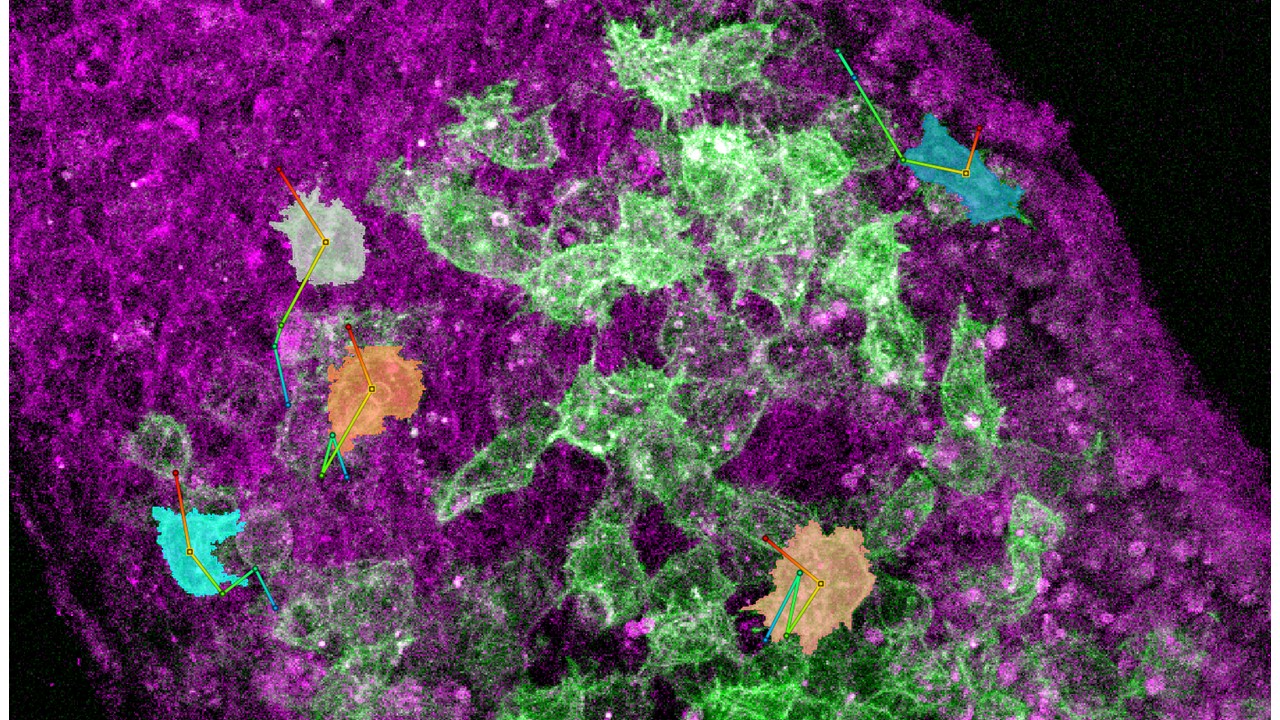 TALK WITH AN EXPERT

Let an arivis professional help you with your scientific work